The second Donegal Camino came to a successful close on Saturday 10th September at the iconic Sliabh Liag cliffs following a hugely inspiring 7 day hike from Inishowen to Southwest Donegal. The dual objective is to raise much needed funds for the Cancer Care West Support Unit in Letterkenny and to profile Donegal as a world class hiking and walking destination. Organisers, Donegal Person of the Year, Noel Cunningham, Donegal business woman, Deirdre McGlone and the visionary and founder, Peggy Stringer, an Inishowen business woman now based in Dublin, appeal for one final push to achieve the final target before the end of September by donating to Cancer Care West iDonate page https:// www.idonate.ie/event/3732_donegal-camino.html Funds raised currently stand at circa €40,000.

Over 100km were walked, scaling heights from 50metres to over 600metres, with an average of 65 people walking daily, which took in the Urris Hills in Inishowen on the opening day, when the Carndonagh Brass Band launched Donegal Camino 2022. Lorna Henry and the Inishowen Honora Singers made a surprise appearance on the Urris Hills to entertain the walkers on the opening day also. This was followed on day 2 by the stunning Rossguill Penninsula, ahead of Muckish Mountain, the Gaeltacht island of Gabhla, (Gola) Sheskinmore Penninsula, Drimarone loop of the Disert and Clogher Valley with the finale on the Sliabh Liag Cliffs. The off shore trip to the beautiful Gaeltacht island of Gabhla or Gola was extremely popular and walkers were joined by Altan’s Maireád Ní Mhaonaigh who sang for the group of 72 walkers. On the final day, under a cloudless sky, numbers peaked at 82 for Sliabh Liag which also included the challenging crossing of One Man’s Path in glorious sunshine.

Donegal Camino 2022 included international walkers from North America, the UK and Scotland. From the domestic market, walkers came from Dublin, Galway, Clare, the Midlands along with a super turnout from all across Donegal and Northern Ireland many of whom dedicated their Donegal Camino to a personal cancer story. Many also joined to experience the beauty of Donegal along with the unique ethos of camaraderie of the growing Donegal Camino community. Participants had the company of high profile Donegal faces including former Eurovision Singer Mickey Joe Harte and Donegal adventurer, Jason Black who climbed Muckish, sharing expert advice with all walkers on being safe in the mountains. The inspirational Jennifer Doherty from Buncrana participated also. Blind since birth, Jennifer was a huge motivation to the Donegal Camino walkers as she shared her life’s story and recent trek to Mount Everest basecamp. The Mc Nelis Cunningham School of Dancing’s Cian Mc Ginley, Ciara Mc Kelvey and Ellie Campbell who will compete in the World Championships in Canada in 2023 entertained walkers in Glenties. Two Scottish entertainers Seamus O’Sullivan and Kieran Hepburn entertained walkers on the stunning Rosbeg Beach, Drimarone Loop and together with members of the Kilcar Pipe Band, they led the happy walkers across the finish line at the Sliabh Liag Visitor Centre.

“We’ve been overwhelmed by the response to the 2022 Donegal Camino both from walkers who participated and those who are generously donating on our iDonate page, all of which is very encouraging for us as a committee as we make a final push to reach our target of €50,000 by September 30th” says Noel Cunningham.

Cancer Care West, CEO Richard Flaherty who walked the latter part of the week was hugely impressed by Donegal’s remarkable scenery but also by the commitment of all involved. Mr Flaherty thanked everyone involved including the organisers and the event partners. He went on to say; “Cancer Care West is completely reliant on fundraising for its Letterkenny based cancer support unit and funds raised from events such as the Donegal Camino are crucial to the provision of cancer services in Donegal”.

Donegal Camino founder, Peggy Stringer, thanked all partners including Gallagher’s Bakehouse, Vodafone Donegal, Cieran and Jacinta Kelly, Dúlamán Distillery and Harvey’s Point. Deirdre McGlone thanked Údarás na Gaeltachta and stressed the importance of their support and that of Fáilte Ireland, the Wild Atlantic Way and Donegal Airport as the Donegal Camino takes significant steps in profiling Donegal as a unique walking and hiking destination both for international and domestic markets. The organisers also paid tribute to Donegal’s John Mc Groary of John’s Walking Ireland for his professional guiding along with his colleagues, Denis Sheridan, Joe Coyle, Michael Devaney and Tereasa Cassidy who collectively ensured that everyone had a safe and enjoyable Donegal Camino experience. This year also saw national, local and international media join in the Donegal Camino. The Cancer Care West iDonate page 3732_donegal-camino.html will remain open until September 30th and you are kindly invited to make a donation to ensure the continued development of Cancer Care West Services in Donegal. Log onto www.donegalcamino.ie or follow the Donegal Camino on Facebook and Instagram. Autumn promotional blitz for Ireland around the world 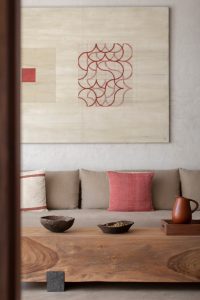 My Favorite Airbnb: A Minimalist Oaxacan Home Tucked Behind an Enrique Olvera Restaurant Autumn promotional blitz for Ireland around the world

What I Love (and Hate) About Living in Austin